Alabama, despite being the first state you see alphabetically, was actually the 22nd American state. Since this time, Alabama has adopted a few different nicknames, with the official one being the Yellowhammer State.

Reasons and popular theories why “yellowhammer” became the nickname of Alabama date back to the Civil War when a group of Alabama soldiers was labeled “yellowhammers” due to a distinctive yellow cloth that was embellished on their uniforms. The yellow coloration that featured on these uniforms resembled the colorings of a small bird known in the area and the rest of the United States as the yellowhammer.

Over time, this new Alabama nickname became more popular and was even added to the Confederate soldiers’ uniforms from Alabama in the form of plumage from the yellow-shafted flicker or “yellowhammer,” which is also referred to as the Northern Flicker. Additionally, the state unofficially became the Yellowhammer State almost immediately after the Civil War had ended.

Why do they call Alabama the Yellowhammer State

In the midst of the Civil War, a brand-new company of cavalry soldiers hailing from Huntsville, Alabama, joined up with Confederate units in the state of Kentucky. The older, veteran soldiers gazed at the new, clean uniforms in awe as they were still wearing their war-torn uniforms.

The Alabama company’s uniform showcased bright yellow flourishes on their collars and sleeves. Immediately, one of the Kentucky veterans shouted out “Yellowhammer, yellowhammer, flicker, flicker!” as the soldiers from Huntsville rode by. Shortly after this, they were known as the Yellowhammer Company.

This nickname had stuck with the soldiers so much so that by the end of the war, all of the Confederate soldiers from Alabama were named “Yellowhammers.” Since the war, the yellowhammer became and still is one of the most important symbols for Confederate Veterans, and also Alabama became well-known to everybody as the Yellowhammer State.

When did the Yellowhammer Become Official?

Funnily enough, the yellowhammer state nickname is not an official designated nickname for the state. However, it is by far the most well-known nickname associated with Alabama, remaining ever so popular within the state’s culture. The yellowhammer bird was designated as the official Alabama state bird in 1927, solidifying its importance throughout the state. 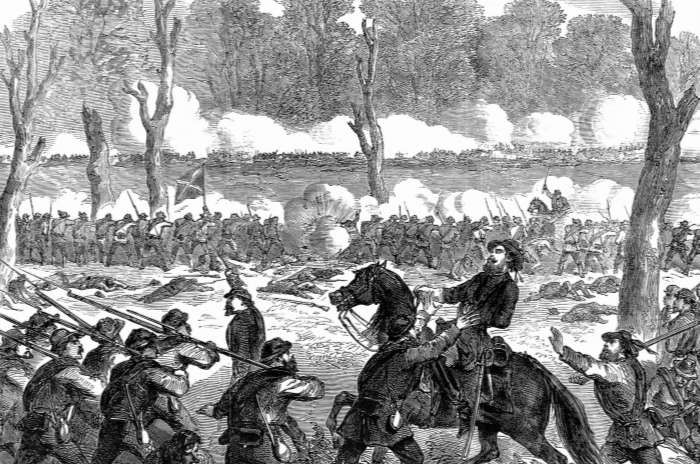 It wasn’t until 2002 that the other Alabama nickname, “Heart of Dixie” was the phrase that could be found on Alabama license plates due to the central position of the state in the Southeastern region of the U.S.

The state also goes by another nickname, the Cotton State, referring to the state’s economic success due to the cotton industry.

If you want to learn even more history and information, we have some answers to frequently asked questions regarding why Alabama was nicknamed the Yellowhammer State.

Are there other birds called Yellowhammers?

There is another bird that goes by the name “yellowhammer”, the yellow-shafted flicker has also adopted this nickname over the past few years. They are members of the woodpecker family that are not related to the Yellowhammer Eurasian bird despite having the same name.

So, the reason for this name adoption is because the males of this species showcase distinctive yellow markings below their wings and tail, they also look like a hammer when they are pecking at various things in search of food.

What are the 3 nicknames of Alabama?

There are 3 main and significant nicknames that have been given to Alabama over the past several years. The most commonly known is the “Yellowhammer State” and the other two are “Heart of Dixie” and “Cotton State”.

What is the Alabama Motto?

As well as a nickname, each state also has an official motto or catchphrase which has been attached to the state for one reason or another. The Alabama motto “Audemus jura nostra defendere” means “We Dare Maintain Our Rights”. This motto was translated into Latin by Professor W. B. Saffold, of the University of Alabama, and this Latin phrase is on the state coat of arms completed in 1923.