What is the Louisiana State Tree?

The Bald Cypress (Taxodium distichum) is the official state tree of Louisiana and has been since it was adopted in 1963. Bald cypress trees are deciduous, meaning that they shed their leaves on an annual basis, losing their needles each fall, which gives them a bald appearance, and it makes sense why it was named the way it is. They are also known as swamp cypress. The beautiful tree can be found throughout Louisiana, and, in particular, the swampy areas and deposits of water. Their general shape typically depends on the amount of flooding in the area and how long the area was flooded.

Bald cypress, when located in swampy soil, will sometimes form “knees,” which grow up from the roots and are thought to be an adaptation made for extra stability. The famous Louisiana state bird can be found residing in similar areas.

Louisiana first began adopting its own official state symbols in 1990, the first symbol was the state flower. A couple of years after this, many other symbols were adopted, each having a role to play in the history of Louisiana and all intertwining together nicely.

Typically growing on wet, swampy soils, you will find bald cypresses residing on the riverbanks, floodplains, or wet depressions across the state. They can also be found all across the southeastern United States, from Maryland to Texas, with the majority being situated in the “deep south.”

The Louisiana state tree is special for an abundance of different reasons, but perhaps the craziest is that it can live for longer than 1,000 years! Not only this, but their importance has not gone unnoticed.

The National Wildlife Federation stated this when asked about the bald cypress tree:

“They tend to grow along rivers, and in wetlands, they are excellent at soaking up floodwaters and preventing erosion. They also trap pollutants and prevent them from spreading. Frogs, toads, and salamanders use bald cypress swamps as breeding grounds. Wood ducks nest in hollow trunks, catfish spawn in the submerged hollow logs, and raptors like bald eagles nest in the treetops.”

This confirms the absolute importance of these interesting trees, proving to many how much of a valuable asset they are to our ecosystem, and especially the wildlife throughout the Pelican State of Louisiana.

It is not just eagles that use the branches of the bald cypress to lay their nests and forge their homes, egrets, herons, and ospreys have all been known to use the large and complex branches of these beautiful trees.

Additionally, the seeds of the tree are consumed by an abundance of different wildlife, with squirrels, wild turkeys, waterfowl, ducks, and evening grosbeak consuming the seeds, requiring them to maintain a healthy diet in the wild. But it isn’t just wildlife that benefits tremendously from the Louisiana state tree, humans most certainly do too. 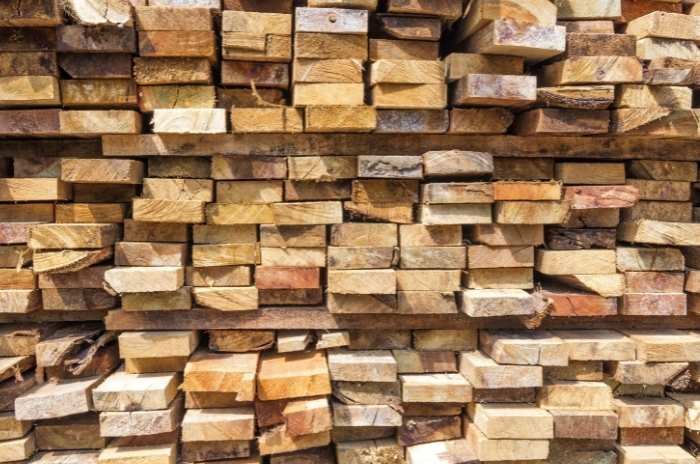 The bald cypress produces timber, which is popularly used for the production of cabinets, closets, caskets, flooring, docks, railroad ties, boats, and much more since it is valued for its water-resistance. Cypress wood is uniquely decay resistant too, which is why it earned the nickname “the wood eternal”. In the lumber and building trade, it is often referred to as peggy cypress.

The state tree of Louisiana is a conifer that will shed its leaves in autumn. The bark is normally a red-tinged brown color, but this color changes to gray as the bark becomes weather-beaten. The trees grow slowly, but they live a very long time and can be centuries old. The bald cypress can have a diameter up to 6 feet (1.82 meters) and grow up to 120 feet tall (36.57 meters).

Their usefulness in controlling flooding and pollution is so impressive, protecting animal habitats at the same time. Industrial logging of the bald cypress has been regulated in recent years after many people were using the wood to make furniture and also because it takes so long for them to mature and grow.

Interesting Facts on the Bald Cypress

Now that we have gone into detail about this famous tree and its historical significance within the state of Louisiana, let’s jump in and take a look at some interesting facts about them that you probably may not have heard about. Most states will have their symbols showcase a relevant story that is indicative of the state and its history, and the Pelican State puts its history and what it stands for across very well in the Louisiana state tree.

These interesting facts about Louisiana and a whole host of others, such as the Louisiana state dog are what makes the state so unique and fascinating to those that live there or are researching the historical events or geological makeup of the state.