What is the Speed Limit in Virginia?

Speed limits are most definitely one of the last things people consider when it comes to traveling to a state with as much history and natural beauty as Virginia. However, the state’s traffic authority has set out stringent guidelines that must be abided by in order to avoid fines, points added to your license, insurance increases, and even potentially jail time.

If you are planning on moving to the Old Dominion State, simply driving there for a vacation, or maybe just driving through the state or commuting through to reach North Carolina, or perhaps even Maryland, knowing the speed limits in Virginia is such vital information to have and follow. 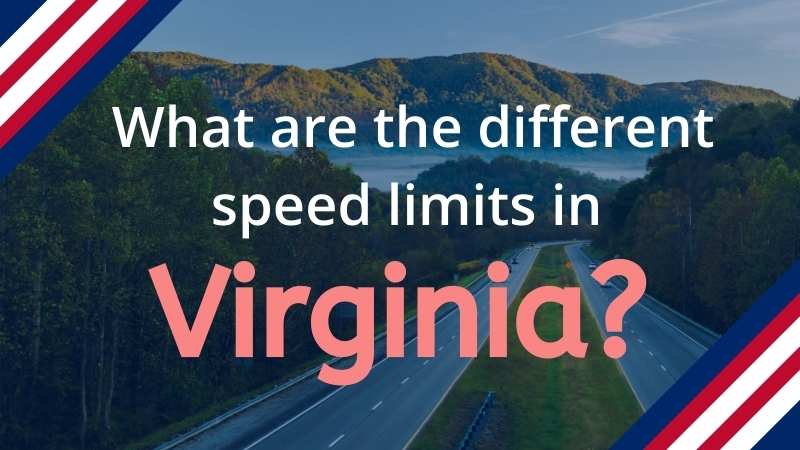 Having knowledge of the correct speed limits is not only about avoiding potential punishment, it is also, and more importantly about driving safely to prevent accidents and injury of other motorists or passersby. Driving within a safe and legal speed limit helps reduce the possibility of crashes, promotes efficient use of the road, and saves you from fines and potential license suspension.

The basic speeding law prohibits driving “at a speed greater than is reasonable and prudent under the conditions and having regard to the actual hazards then existing”. Simply put: motorists must always drive at a safe speed for the conditions and environment they are driving in.

For example, if you were driving down a 30 mph road in Virginia, during a dark and rainy day, where road visibility is clearly poor, and the road itself is slippery and unsafe, you would be required to slow down your speed significantly less than the signed limit due to the weather and road conditions being considered dangerous. Failure to do so will likely result in fines, license points, and even worse punishments.

As mentioned previously, as most states have “absolute speed limits”, which is a simple concept, so, this means that what you see is what you get, a signed limit of 30 mph means that you must travel at this limit or less. If you drive faster than the signed speed limit, you will have violated the law. Here are the absolute VA speed limits:

When driving through residential areas and not a state highway, something to be aware of is schools. As mentioned previously, these areas often have temporarily and permanently lowered speed limits and enforce these limits very strictly. You don’t want to receive a hefty fine or, more importantly, endanger children.

Violating Virginia’s basic speeding law will usually cost you a fine of $51, however, this is dependent on the location in which the violation took place, with the addition of $6 + $7 for each mph over the speed limit the driver was going.

When visiting, passing through, or relocating your family to the state of Virginia, it is understandable to have your mind focused on fun things to do. Although, knowing what is the speed limit in Virginia is – and adhering to the signed limits – will ensure your time is well spent and minimize the chance of you being fined or getting into an accident.