What are the Hawaii State Symbols?

State symbols are used to represent the cultural heritage and natural history of each state in the most fun way possible.

Hawaii is certainly no different from many other U.S. states and it has an abundance of fantastic symbols that are indicative of the state’s historical roots and geological history. There are also recognizable icons and emblems for each state, such as state seals and flags, nicknames and mottos, and much more which are all included in our Hawaii state symbol list. There are an incredible amount of state of Hawaii symbols which creates a whole host of interesting facts, both from the past and present. We have shortlisted the top 5 most significant Hawaii state symbols below and further down the page you will find a comprehensive list with each Hawaii symbol and the date they were officially created. The final state animal to represent the Aloha state is the Hawaiian hoary bat. An incredibly unique animal that was officially adopted as the land Hawaii state animal in 2015! Additionally, the hoary bat is used as the official state animal for Texas, Oklahoma, and Virginia.

The nene, which also goes by the name of “Hawaiian Goose” (Branta sandicensis) became the official Hawaii state bird back in 1957. These birds are not fazed in the slightest by cold temperatures, nor predators in the wildlife despite not being able to fly particularly well due to their wings being weaker than most other geese. The beautiful and vibrant yellow hibiscus (Hibiscus brackenridgei) has been the Hawaii state flower since 1988. Incredibly, the yellow hibiscus flower can only be found in Hawaii, growing in abundance all over the main Hawaiian islands. They are rare to come across, with only a handful still remaining in the wild, and they are unfortunately considered an endangered species. Hawaii’s official state bird and flower perfectly represent the state past and present.

The state seal of Hawaii was adopted in 1959, which was the same year that the state was admitted to the union, subsequently becoming the 50th official state. Hawaii’s state seal displays the famous state motto, which can be located on the lower outer circle, “UA MAU KE EA O KA ‘ĀINA I KA PONO”, which translates to, “the life of the land is perpetuated in righteousness”, and “STATE OF HAWAII” above the quote.

The pulelehua, or Kamehameha butterfly (Vanessa tameamea) was officially designated as the official state insect during 2009. This beautiful butterfly species is one of only two that are native to Hawaii. 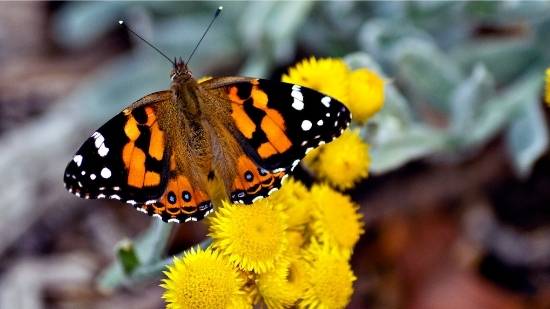 The kukui tree (Aleurites Moluccana) became the state tree of Hawaii back in 1959. This tree is also called the candlenut tree due to the nut of the kukui was used by early settlers for creating candles!