The beautiful state of Minnesota is one of the north-central states and borders four other U.S. states, Wisconsin to the east, Iowa to the south, and South Dakota and North Dakota to the west. Additionally, the Land of 10,000 Lakes is also bordered to the north by the Canadian provinces of Manitoba and Ontario.

The 32nd state is well known for its lakes and forests, hence its nickname. Boasting an abundance of incredible places to visit and explore, Minnesota’s landscape is incredibly diverse, too, with jaw-dropping skiing mountain ranges, cliff tops, and some of the most amazing natural waterfalls in the country. 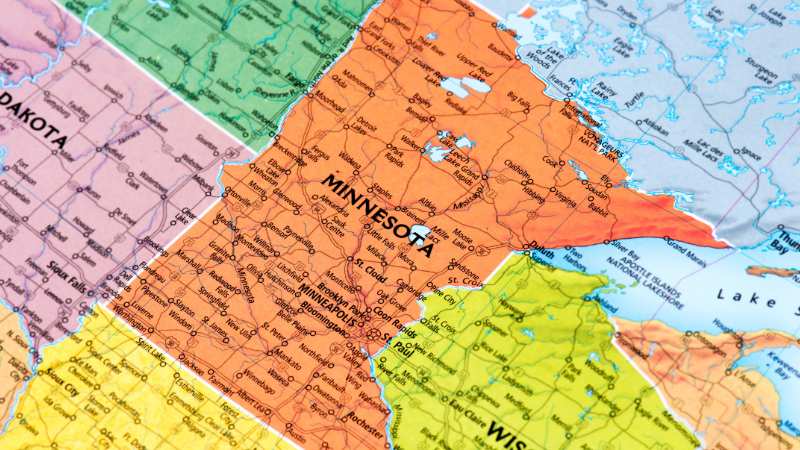 Not only does Minnesota possess a myriad of natural beauty, but the state is also home to the Twin Cities; Saint Paul (capital city) and Minneapolis (twin city). These Minnesota twins are not only the largest in the state, but they also have the most economic impact, with both cities being home to many Fortune 500 companies, including Best Buy, General Mills, Target, and Land ‘o Lakes.

Not only is the state an incredible place to live with a progressive attitude and high minimum wage, but there is a multitude of interesting facts about Minnesota, some are little known that you probably haven’t heard about!

However, if you are more interested in knowing the economic facts about Minnesota, you can head over to our page, which lists a lot of economic and business-related facts about the state. Here are the 26 Interesting Facts About Minnesota

1. Minnesota produces more Turkeys than anywhere else in the United States, with an approximate annual production figure of around 46 million, there are nearly as many Turkeys being produced in Minnesota as there are people in Spain!

2. Minnesota is the 22nd most populous state, boasting a population of over 5.7 million, and is also the 12th largest state by landmass, with a total area of over 86,935 square miles.

3. Considering Minnesota is not a coastal state, with no access to the sea it may come as a surprise to many that there is one recreational boat per six people – over 909,000! So, when you use comparisons, there are more boats in Minnesota than there are people in both South Dakota and North Dakota. Not only this, but Minnesota actually has more shoreline than California, Hawaii, and Florida combined!

4. The famous Mall of America, located in Bloomington is the largest mall in the U.S., with 500 stores and 10 attractions, including an indoor theme park. 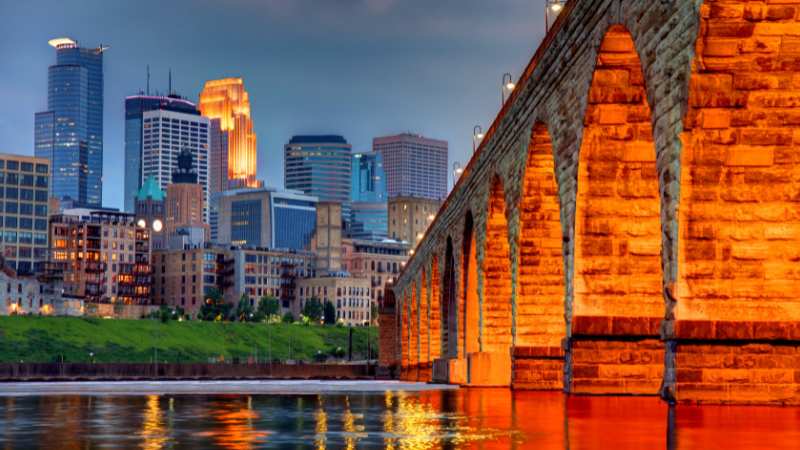 6. There is an abundance of musical artists that hail from Minnesota, here are some of the most famous examples:

8. The famous TV show Mystery Science Theater 3000 first premiered on Minneapolis public access television in the late 1980s, before subsequently being aired on Comedy Central and the Sci-Fi Channel. 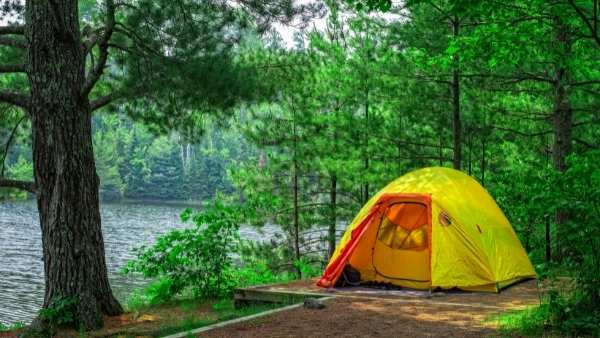 10. Enjoy cycling? Then you have come to the right place! With more bike trails than any other state in the U.S., Minnesota really is a cyclist’s dream.

11. Ironically, even though Minnesota’s nickname is the Land of 10,000 Lakes, there are plenty more than just 10,000 in the state, in fact, there are 15,291 Minnesota lakes to be precise. There are over 50% more lakes in Minnesota than the nickname suggests, making for embarrassing Minnesota facts, with many under the impression that the nickname needs to be revisited to something like the Land of 15,000 Lakes!

12. Here are some of the most famous Minnesota inventions:

Here are the remaining Minnesota facts

13. The highest natural point of Minnesota can be found at the top of Eagle Mountain, standing at an impressive 2,300 feet (701 meters) tall. The mountain can be found in Northern County and is a Minnesota State Historic Site.

14. During the famous Civil War, Minnesota was one of the first states to support the Union by taking action. It was during this period of time that the state government and some railway companies shared an interest in attracting people to the state territories.

15. On the topic of Minnesota’s state government, and more on the side of the little-known Minnesota facts, oddly enough, the former pro wrestler Jesse “The Body” Ventura served as the 38th Minnesota governor from 1999 to 2003!

16. Minneapolis has been considered by many to be the coldest major city in the United States, and it is difficult to argue with this when there is an average of 24 sub-zero days per year. 17. Mosquitos have really made Minnesota their home, with many residents referring to the mini vampires as their “unofficial state bird”, which is pretty accurate when you consider that there are over 50 different types of mosquito species in the state!

18. Healthcare is a huge industry in Minnesota, and this has led to numerous healthcare innovations being discovered within the state over the years. The first open-heart surgery and bone marrow transplant took place in the state, and the famous Mayo Clinic can be found in Rochester, MN.

19. If you are enjoying the interesting facts about Minnesota lakes, you will like this next one! Lake Superior is the largest of the Great Lakes of North America and is accessible from 3 different states, Minnesota included. A fun fact about the lake would be that this giant body of water contains over 10% of all planet Earth’s fresh surface water.

20. People that come from Minnesota are often referred to as “Minnesotan” or “Minnesotans”.

21. The iconic Mississippi River is the fourth largest river in the world, flowing an incredible 2,350 miles from Lake Itasca in Minnesota to the Gulf of Mexico.

22. Situated in the heart of Hennepin County, you can find Minneapolis, which is the twin city to the capital of Saint Paul. However, despite not being the state capital, it is the largest city in Minnesota. 23. “L’etoile du Nord” is the official state motto, which can be translated to “Star of the North”, and was officially adopted as Minnesota’s motto in 1861.

24. The most famous and largest ski resort in Minnesota is Lutsen Mountain resort, located in the northeastern corner of the state.

25. Due to there being plenty of wonderful national and state parks sprinkled around the state, Minnesota is not short of nature, and in particular wild animals. The more notable animals of Minnesota are the northern leopard frog, monarch butterfly, and timber wolf. 26. Minnesota is the only U.S. state that has water flowing out of, rather than into – this unusual occurrence has caused many people to name the state “Center of the water universe of North America”, an odd name to describe an odd event. The water itself flows to the Gulf of Mexico, the Great Lakes, Hudson Bay, and even the Arctic Ocean!

Thanks for taking a look at our 26+ interesting facts about Minnesota state! If you have some fun or even embarrassing Minnesota facts to share, we’d love to hear from you.