Hidden away in the northeastern corner of the U.S. sits New England in a part of America that is comprised of 6 states – Connecticut, Maine, Massachusetts, New Hampshire, Rhode Island, and Vermont. New England is mostly known for its famous colonial past, luscious green landscapes, and beautiful Atlantic coastline.

In the center of it all is what has been considered by many to be the hub of the region, Massachusetts.

Due to great seasonal weather including hot, dry summers, and the addition of cold, frosty winters, together with a high quality of life, amazing people, and a booming economy, Massachusetts has always been an attractive proposition for business owners, workers, retirees, and tourists alike.

However, there is much more Massachusetts has to offer, let’s check out some of the most interesting facts about Massachusetts that you probably didn’t know about! 2. The city of Somerville, MA is home to the MOBA (Museum of Bad Art). This unique museum has taken a slightly different approach to “art” as many call it “the only museum dedicated to bringing the worst of art to the widest of audiences.” This is an incredibly fascinating depiction of art but it has proven to be one of the most popular and talked about museums in the country.

3. Massachusetts has one of the lowest divorce rates in the entire country – an encouraging fact for those looking to start families or re-locate their families to the Bay State.

4. The sweet, sticky, and irresistible marshmallow fluff was invented in Somerville, by a candy shop owner back in 1917. Today, if you visit the town you will see that a festival is hosted there every year named, “What the Fluff?”, in honor of this gooey treat.

5. Like many other states, Massachusetts’ name originates from a tribe of Native Americans, called, you guessed it, the Massachusetts tribe. The name can be translated as “at or about the great hill”, “large hill place”, or “great mountain place”, which you would imagine has something to do with Massachusetts’ beautiful mountainous landscape.

6. Like donuts? Then you will be a massive fan of Massachusetts! The first-ever Dunkin Donuts opened in Quincy, MA, in 1948. If you visit the state’s capital city of Boston, you will never be more than 1.45 miles away from a Dunkin Donut shop.

7. The maximum speed limit in Massachusetts is 65 mph.

8. The state’s capital city of Boston, like many other locations within the United States was named after a location in England. Boston, in the UK, is a small port and market town in Lincolnshire, on the east coast of England.

9. Martha’s Vineyard, located in Massachusetts was the main location for the filming of the iconic Steven Spielberg classic, Jaws. Many believed that the location was just perfect for housing a giant mechanical shark as the surrounding ocean bed had a maximum depth of 35 feet. 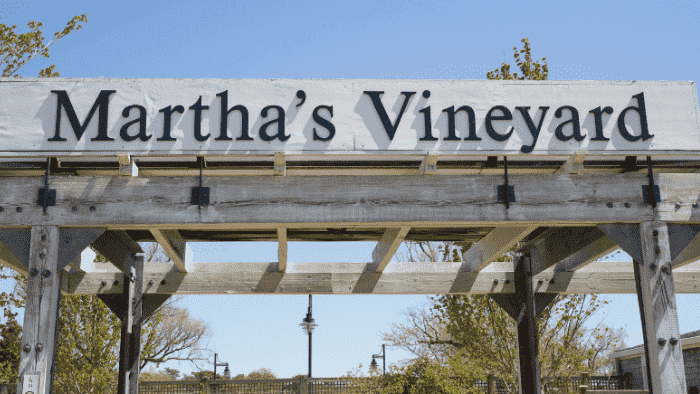 10. Massachusetts’ motto is as follows; Ense Petit Placidam Sub Libertate Quietem, and when translated into English reads; By the Sword, We Seek Peace, But Peace Only Under Liberty. The motto was written around 1659 and is attributed to the English patriot Algernon Sydney.

There is an abundance of fun facts about Massachusetts to look into, with the state being so diverse, geographically and culturally. Let’s dive in!

11. Here are the different representations of the state:

All of these Massachusetts state symbols pay homage to the state’s history, past and present.

12. All the way back in 1621, in the town of Plymouth, MA was the first-ever thanksgiving celebration!

13. Massachusetts is home to an abundance of amazing wildlife, with mammals such as black bears, bobcats, eastern coyotes, moose, and white-tailed deer roaming around the state. Although pleasant to observe, it is not recommended to get too close to these incredible species.

14. Massachusetts has a great reputation regarding its education system, and nothing solidifies this statement more than the home to the iconic and world-renowned Harvard University, located in Cambridge, Massachusetts.

15. Massachusetts is also the home of Boston Redsox, easily the most famous baseball team in the state, and even in the American League East Division. The team has won a total of nine World Series championships and there seems to be no sign of slowing down!

16. The Bay State has seen many creations and inventions over the years, but maybe non more iconic than the sport of Basketball, yes, you read that correct, Basketball! The sport was officially invented in Springfield, Massachusetts in 1891 by a man named James Naismith.

17. Massachusetts has over 1,500 miles of coastline, making it a hotbed for seafood. It is famously known for its clams and haddock.

18. The fertile soil that covers the state in abundance makes for huge crop and produce production. Local farmers grow around 25% of the cranberries in the US!

19. There is a lake located in central Massachusetts that is called Chargoggagoggmanchauggagoggchaubunagungamaugg, the name is comprised of 45 letters! This is the longest name of any place in the US, and the 6th longest in the world. The name originates from the Nipmuc tribe and means “fishing place at the boundary or neutral meeting ground”. Most now refer to it as Webster Lake for obvious reasons.

20. The last of the fun facts about Massachusetts originate from Boston’s Ted Williams Tunnel, which is the deepest in North America, reaching 90 feet below the surface.

21. Christmas was banned in Massachusetts for over 20 years! Between the years 1659 and 1681, there was no Christmas celebrations happening here, reasons for this still vary to this day.

There is so much to consider when looking into the economic facts about Massachusetts, the state has been observed by many over the years as being one of the most perfect environments for growth and development for businesses and entrepreneurs alike.

All of these economic facts about Massachusetts highlight the reasons people move to the state for business and work opportunities, and it’s hard to argue why!